While there has been no official confirmation of Morr’s cause of death, many have claimed the influencer was killed during a robbery 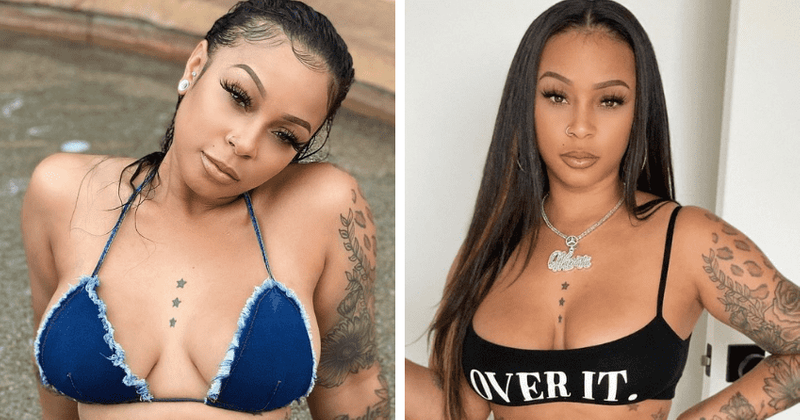 Fashionova and OnlyFans star Mercedes Morr was allegedly killed during a robbery in Houston, Texas on August 29. The influencer’s body was sent for an autopsy with reports still pending; police are investigating the case and are yet to reveal full details of how she died. It was however rapper Tory Lanez who first announced news of Morr’s death on Instagram, sharing a story with the text “Rest in peace Queen,” along with a photo of her.

News of Morr’s death comes after it was reported that 31-year-old influencer Marina Lebedeva died from a $5,500 nose job going wrong. YouTube influencer Albert Dyrlundalso died at the young age of 22, while filming a video in the Italian Alps, back in July. Chinese TikToker Xiao Qiumei had also met with a tragic death around the same time after she fell 160ft to death while live-streaming in the cabin of a crane.

Morr’s death happened reportedly while robbers were trying to loot her.

Who killed 12 O’Clock and Murdock? Wu-Tang Clan rappers shot in Oregon, 4 others injured

With more than two million followers on her Instagram account, Morr has left her fans and followers heartbroken after news of her presumably violent death made headlines. All of 33 at the time, Morr’s cause of death has still not been revealed. While numerous outlets confirmed her passing, there’s no report on how exactly she died except that the tragedy happened in the middle of a robbery gone wrong.

Social media and Morr’s friends and family have been left aghast with the news of her untimely passing. According to the outlet Social Telecast, while most are reminiscing about how recently they had interacted with Morr before her death, some have also claimed that the influencer was shot and killed during the robbery. Several of Morr’s acquaintances have also allegedly claimed that Morr died after contracting the coronavirus, but none of the speculations have been addressed, let alone confirmed officially by authorized sources.

While Morr’s family is yet to respond to her death publicly, Social Telecast reports that a close friend identified as Meeko Suave, who is also a Houston-based artist, posted a statement from the family on his Instagram account. The message sees Morr’s family thank fans and followers for their messages of prayers and support, praising them for their kind words and respecting the family’s privacy in this time of grieving. The statement also adds that the family will acknowledge all the details surrounding Morr’s death once it is confirmed by the authorities.

Born on November 26, Morr is an El Paso, Texas native. She debuted in her modeling career in 2014 and shot to global fame soon. Morr’s incredible fame shows in the messages of condolences pouring in on social media. Cryptocurrency and Blockchain mentor MarQuis Trill shared a tribute for Morr on Twitter along with a photo of the two of them together. “R.I.P Mercedes Morr where do I start. 2013 when Molo introduced me to you and that day I knew you was a star. I did your first YouTube video … and a lot more. You was apart of my story and help me in so many ways in Houston. I you forever. Thank you,” he wrote.

A fan tweeted: “Damn RIP Mercedes Morr. It’s a cold world out here”. Another reminisced about the influencer fondly, sharing: “My condolences to Mercedes Morr such a beautiful person inside and out always supported my brand”. Remembering her sweet personality, one fan wrote: “RIP Mercedes Morr. She was a sweet person and she will truly be missed by many.”

Fans also lamented the tragedy, tweeting: “Woooow Women Of Excellences & Successful Power Be Safe This World Dont Just Like Black Successful Men But Also Our Black Women Smh”. And another anonymous fan account tweeted an alleged screenshot of fellow Texan Instagram influencer Yella Cassie’s message after Morr’s death made headlines. In the post, Cassie allegedly wrote: “Perfect example of watch your surroundings, Don’t let everyone know where you live & even as a female keep that sh*t on you……that’s sooooooo f**king sad.”

About the QUEEN SKULLY ISSUE